The firm Arassociati was founded in 1997 by Marco Brandolisio, Giovanni da Pozzo, Massimo Scheurer and Michele Tadini, architects that started to develop their professional vision in the studio of Aldo Rossi since 1982 and becoming his closest collaborators in the Milan office. Since its beginning Arassociati has designed and constructed numerous buildings for both public and private use in Italy and across Europe. In its ventures, the firm seeks to expand its architectural prowess by pursuing continuity between the building and the environment of the city or territory while adhering to rational building construction principles.

The firm in 2004 received the International Architecture Theatre Award for the reconstruction of the Fenice in Venice, while in 2008 was published the book about the making of Tiscali Campus and in 2013 the monograph “Arassociati – architectures”, both published by Electa. Various projects have been published in magazines on architecture and other related sectors. The office activity has also been demonstrated through participation in exhibitions, conferences and international competitions.

Among the major achievements: the reconstruction of La Fenice Theather in Venice, the renovation of former Philips Site in Louven, the StarHotel Rosa Grand in Piazza Fontana in Milan, the Campus Tiscali in Cagliari Sa’ Illetta, the University Library at the cloisters of the Carmine in Brescia, the housing and office development at Muller Martini Site in Zurich, the Modern Art Gallery MAMbo in Bologna, the restoration and expansion of Theatre National Populaire of Villeurbanne-Lyon and the Heydar Aliyev Museum in Baku. The studio designed the Azerbaijan pavilion at Expo-Milan 2015 and completed the renovation and new interior design of the Hotel ME Il Duca by Melià in Milan. Also worth mentioning are the residential projects in via Varese 19 and corso Garibaldi 95 in the historic center of Milan, the renovation of the Casa degli Artisti in Brera, the Hotel VIU in the Porta Nuova area and the construction of the new Civic Theater in Rho (Milan ). Since 2016, an important residential and hotel project has been under construction in Canouan in the Caribbean (Granadine).

Arassociati won in 2018 in partnership with Stefano Boeri Architetti and AG&P the competition for the “Corte verde” residential intervention on the San Cristoforo area in Milan, now developed with the “Milano 5.0” project. In 2019 the studio was commissioned to design the Meysari Hotel and Spa Complex project in Azerbaijan.
More recently, the studio is engaged in the construction of various new residential interventions in Milan including Porta Nuova Centro, Garibaldi 123, the complexes of via Varese 10, via Compagnoni 12, via Mangone 6, via Adamello 10, via Rovello 14-16 and via San Faustino 65 within the PP in via dei Canzi in addition to the redevelopment of the former Cinema Arti. 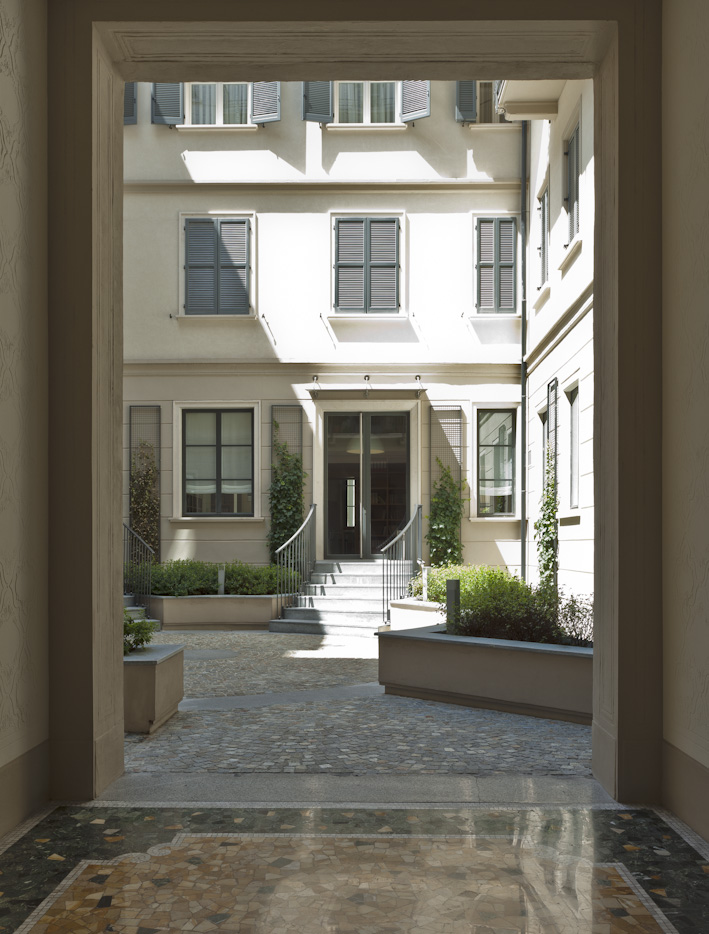 Marco Brandolisio was born on October 4, 1957 in Trieste, Italy.
He was awarded a degree in architecture in March 1987 from the Polytechnic Institute in Milan.
In 1988, he began working with Prof. Aldo Rossi with whom he has participated in numerous projects and competitions; in the years M. Brandolisio has overseen many important projects for the Aldo Rossi studio both in Italy and abroad.
Parallelly to practice the profession of an architect he has developed the teaching activities at the university; he taught in 1997 at the I.U.A.V. in Venice and he was in charged professor in Architectural Composition at the Faculty of Civil Architecture in the Polytechnic Institute in Milan until 2006/07.
He has also lectured by invitation at various universities in Italy and abroad, has participated in meetings and study seminars, and his writings and project have been published in numerous books and magazines on architecture.
M. Brandolisio has expanded his study of architectural and urban planning/composition through competitions and professional practice with peculiar reference to the design of public buildings.

Giovanni da Pozzo was born on December 23, 1959 in Milan and in 1983, he was awarded a degree in architecture from the Polytechnic Institute in Milan.
In 1983, G. da Pozzo also began working with Aldo Rossi, with whom he has participated in numerous projects both in Italy and abroad. G. da Pozzo has overseen important projects for the Aldo Rossi studio and among many projects; he subscribed the competition for reconstructing the La Fenice Theatre in Venice (1997).
In 1998, while working on behalf of the Aldorossi S.r.l. company, G. da Pozzo was placed in charge of technical coordination, and architectural design for a competition for a new university centre on the Bovisa campus at the Polytechnic Institute in Milan. (3°prize and special award)
In 1992 he began the collaboration as designer and art-director with Arte S.r.l. regarding industrial design expecially in the realization of sitting system for office.
G. da Pozzo has held lectures and conferences at several universities and international conventions, and his projects have been published in books and magazines on architecture.
Inside Studio Arassociati its precise interest is turned to the themes of the architectural planning of housing and the habitability of the buildings, developing besides a significant experience in the field of the hospitality and the retail buildings.

Massimo Scheurer was born in Bellinzona (Ticino Canton, Switzerland) on January 23, 1959.
He became an architectural technician in 1980, having earned a diploma from the Lugano-Trevano technical high school.
In 1990, M. Scheurer was awarded a degree from the University School of Architecture in Venice.
Since 1982, M. Scheurer began working with Aldo Rossi, with whom he has participated in numerous projects both in Italy and abroad. He has overseen important projects for the Aldo Rossi studio and among many of them; he has subscribed the competition for reconstructing La Fenice Theatre in Venice (1997).
Since 1986 he was engaged as scenographic director at Teatro Arsenale in Milan.
M. Scheurer specialises in the field of urban architectural design. His efforts particularly emphasise the relationship between composition and representation. He is also interested in the technological and construction properties of the materials used in architectural projects.
M. Scheurer has further developed these themes in public buildings such as museums, theatres and convention centres, and has discussed them in lectures at several universities national and abroad. His writings and projects have been published in numerous architectural magazines.

Michele Tadini was born in Locarno (Ticino Canton, Switzerland) on June 14, 1969.
He became an architectural technician in 1990 in the Lugano-Trevano technical high school, afterward he became Swiss Architect REG B.
In 1991, Mr. Tadini began working with Aldo Rossi, with whom he has participated in numerous projects and competitions. During the time M. Tadini has overseen important projects for the Aldo Rossi studio both in Italy and abroad.
In 1994, M. Tadini ventured into the world of design by participating in the “Illuminate Your Time” competition held by the Regent and Philips companies. He shared 1st place with another contestant.
In addition to architectural design M. Tadini is carring out a special research work about the methods for using IT systems, he is also investigating the meaning of architectural representation by developing the relationship between project conception, elaboration and communication.
About these subjects, M. Tadini has participated in conferences and communications in Italy and abroad, while several of his projects have been published in major architectural magazines.

People who work and have been working with us: